Beneath the ground of Forty Hall Estate lies the remains of a Royal Palace. Elsyng Palace was a former home of Henry the VIII and regular residence of his son Edward VI and daughter Elizabeth I.

No images from the time exist of the palace but from the excavations that take place every year by the Enfield Archaeological Society it has been discovered that it was of the scale of Hampton Court and with the look of St James Palace in Piccadilly. The site is so important that it has been designated an Ancient Scheduled Monument by Historic England. 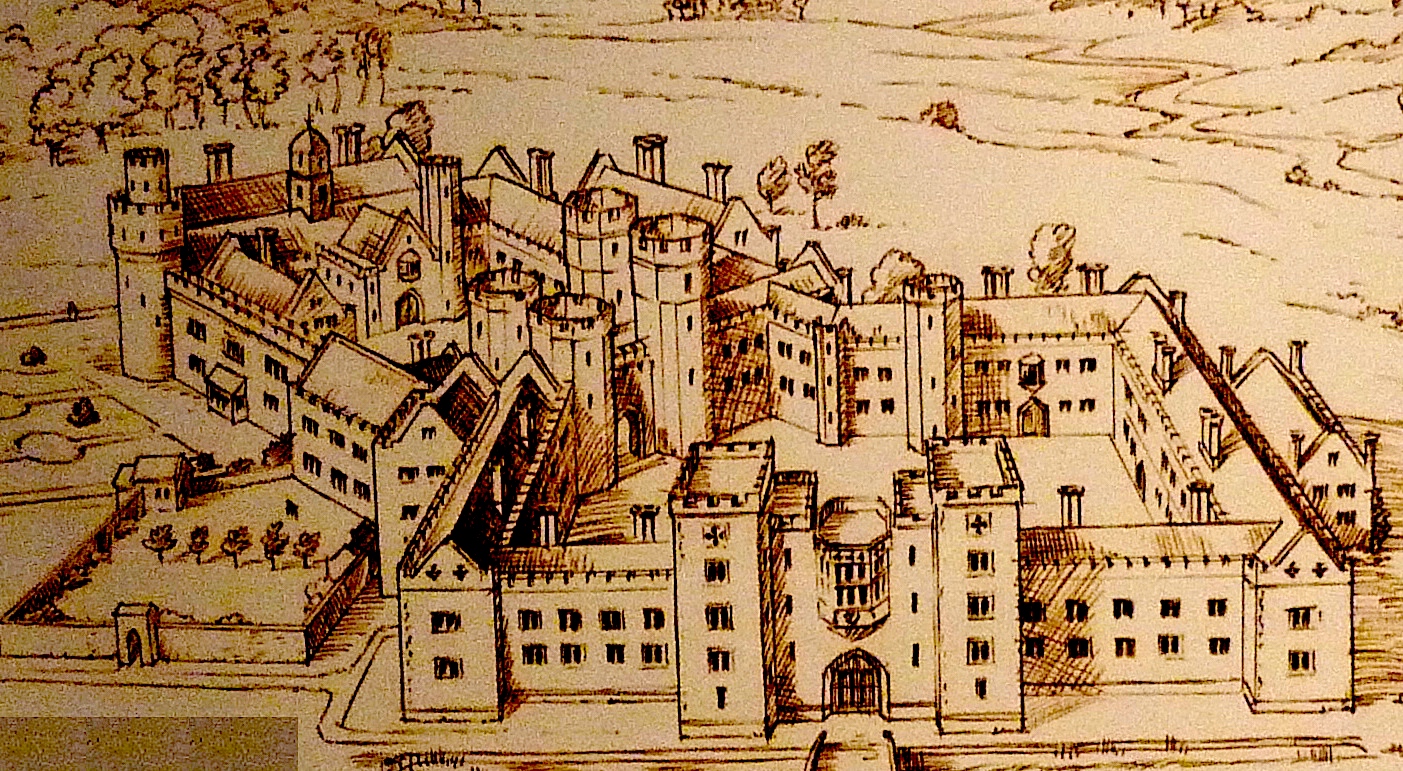 The earliest known reference to Elsyng dates from 1374, when Jordan de Elsyng is recorded as holding part of the King’s fee in Enfield. In 1381, the manor of Elsyng is recorded as part of the holdings of Thomas Elsyng, Citizen and Mercer of London. The first manor house on the Elsyng Palace site is likely to have been founded in the C14, when the independent sub-manor emerged. Excavations on the palace site in the 1960s apparently discerned a medieval timber-framed building under the palace. C11 pottery has been found on the site as have floor tiles which suggest the presence of high status activity by the late C14.

In 1487 the manor house and estate belonged to Thomas, Lord Roos and later to his son Edmund. Edward Causton, vicar of Enfield from 1466-91 left money for a statue of the Virgin Mary to the chapel at Elsyng. In 1492 when Edmund was declared insane, his brother-in-law Thomas Lovell gained custody of the estate and made Elsyng his residence. Lovell was a Knight of the Garter, speaker of the House of Commons, Chancellor of the Exchequer, Constable of the Tower and Steward of the Royal Household. Substantial alterations were carried out, including a royal suite built for the use of Henry VII who visited twice in 1497 and 8. Among the manorial assets may have been a set of fishponds later transformed into ‘pond groves’.

In 1524, the estate was bequeathed to Lovell’s brother-in-law, Thomas Manners, later Earl of Rutland, and in 1539, it was exchanged for other lands with Henry VIII. The principal royal interest in the manor was Enfield Chase, a large tract of enclosed hunting land lying to the west of Forty Hill. Elsyng was surrounded by a small hunting park which may have been carved out of the Chase at this time. It was later known as Little Park or New Park.

In the following two years the extensive manor house was converted into a royal palace. It is clear from the Earl of Rutland's archives that the palace already had an outer and inner court. In addition, structures mentioned in the accounts of 1543 include various lodgings and chambers, stables, kitchens, buttery, scalding house, scullery, pantry, rush house, coal house, spicery, granary, poultry, bowling alley and almshouse. The palace provided a childhood residence for the future King Edward VI and Queen Elizabeth I. Prince Edward and Princess Elizabeth were brought the news of their father, Henry’s death whilst at Elsyng in 1547. After his accession Edward carried out repairs to the palace and Elizabeth visited several times whilst Queen. An account of 1568 lists the principal rooms including bedchambers, library, lodgings, and subsequent accounts mention the hall and chapel.

By 1597, however, the palace was in decay and in 1608 a warrant to demolish it and use the materials at Theobalds Palace (nr Cheshunt, Hertfordshire) was issued but not fully carried out; one side of the courtyard was demolished, but further repairs at Elsyng followed in 1609–10. At this time there is evidence of ponds, walks and orchards ‘there are growing about the pond walks and orchards, willows and sallows’ (letter from William Edwards to Robert Cecil dated 1597). In 1610-11 a piece of ground on the west side of the palace was dug and levelled, and fruit trees were planted, and a new kitchen garden was laid out with prune and whitethorn trees planted on the grades (perhaps terraces). In 1612 James I granted the keepership of the palace to Philip Herbert, 4th Earl of Pembroke. Wilton, Wiltshire was always his principal seat, and Herbert laid out a celebrated garden there to the designs of his French architect, Isaac de Caus c 1645. In 1641, Herbert purchased the palace from Charles I and probably lived there until his death in 1650. The pond groves north-west of the palace site may have been established by Herbert, paralleling his work on the gardens at Wilton. Certainly records show that in 1618-9 a stone cistern was built to convey rainwater to the garden over the bowling alley, four arbours were repaired in the garden in 1621-2, and in 1627-8 a Portland stone sundial was sent from Scotland Yard to be included in the garden. An arbour and latticed seats were also built in Lady Anne Dormer’s palace lodgings’ garden.

In 1629-36 Sir Nicholas Rainton, later Lord Mayor of London, began building a new house, Forty Hall, on adjacent land to the south of Elsyng Palace, but by 1656, Rainton's nephew and heir, also Nicholas, had acquired Elsyng. A survey of his property was drawn up and the palace buildings were still standing at this time and were described as: ‘One very antient Greate House called Endfield House with the Courtyardes Gardens Orchards & Courtyarde with the field adjoining called the Walks containing by estimation 7 ... acres’ (Gillam 1997, 54). The palace was demolished soon after 1656. Excavations revealed part of an L-shaped building, interpreted as a threshing barn, located above the ruins of Elsyng Palace. This was probably constructed by Rainton in the C17 after the palace demolition and the rest of the site became agricultural.

The Enfield Archeological Society do a dig every year at Forty Hall to discover more about Elsyng Palace.

Find out more about the society and how you can get involved. Membership is open to anybody with an interest in the past.

The remains of Elsyng Place are so important they have been designated an Ancient Scheduled Monument by Historic England.

Very impressive rooms, really enjoyed our visit. Thank you for all the activities for the children.